Grandvalira closes the 2019-2020 winter campaign with fewer ski days sold compared to the previous season, as a result of the forced closure one month earlier than expected, due to the health crisis caused by COVID-19. Even so, the Andorran season qualifies as correct the balance of a winter exercise that was on the way to reaching record figures. Finally, 1,634,480 days of ski sales have been registered despite adding 110 days of opening, 31 less than expected. The forced interruption, which has lost a key period such as Easter, has not allowed it to reach the eighth consecutive season of growth.

Unbeatable conditions for skiing from the first day

Thanks to the snowfalls fallen since the end of October and the intense work of the exploitation teams, Grandvalira partially opened a week ahead of schedule , on November 23, and faced the Puente de la Purísima with skiable links between all its sectors and the best snow conditions and occupation of the last seasons. From the start of the Christmas holiday period until the closure caused by the coronavirus on March 14, the resort remained in full swing in activities, services and catering with the entirety of its operational skiable domain.

Despite the promising start to the season in terms of rainfall, since Christmas the snowfall in Grandvalira has been punctual, although intense and at strategic moments, leaving total thicknesses of 5m 4cm, a figure slightly higher than the previous winter (4m and 65cm ), but slightly more than half that of two winters ago, when a total accumulation of 8m and 36cm was recorded.

During the 110 days of opening, the Grandvalira field teams have been key to guaranteeing a good quality of snow, accumulating a total of 23,922 hours worked with snow-walking machines and, when low temperatures have allowed it, producing 810,000 m3 of cultivation snow.

The prevailing weather, with mild temperatures and sunny days, has made it easier to maintain access to the resort and has motivated skiers to increase the number of visits to the largest ski area in southern Europe.

One more winter, visitors to Grandvalira have re-evaluated their experience at the resort with a high mark. Satisfaction surveys carried out on Grandvalira customers, both upon arrival and upon departure, have given an overall satisfaction index of 8.48 out of 10 , as well as the services of the Ski and Snowboard School with an 8 , 73 and an 8.11 for the restoration. The extensive range of services and activities, together with the dedication of more than 1,900 professionals that make up the resort team, have allowed the customer recommendation rate to have been an exceptional 99%.

The customer from Spain continues to be the one that visits Grandvalira the most . More than one in two (51.3%) comes from the neighboring country to the south, followed by far by France (13.1%) and the United Kingdom (12.1%).

One of the main indicators that explain the occupancy and customer satisfaction data has been Grandvalira's ability to keep intact its will to improve and evolve , with a significant investment effort of 13 million euros, mainly aimed at creating new infrastructures such as the new Peretol sector or the Avet car park under the Soldeu ski platform, technological innovation, improved services for the Ski and Snowboard School and news in the leisure and restaurant offer; From the first day of the 2019-2020 winter season, these improvements have further consolidated Grandvalira's global offer that goes beyond skiing, to be enjoyed as a couple, with friends or with family. In addition, the Andorran Snow Domain has fully integrated Ordino Arcalís into the Grandvalira Resorts group, where since this season, Grandvalira customers have been able to ski free accessly with any of the Grandvalira ski passes offering, with the combination of the two resorts , an even more leading snow product with 240 km of skiable terrain.

Thanks to this continuous effort and the will to evolve, the Andorran resort remains the great reference in Southern Europe, occupying the 14th position in the world ranking of ski days according to the 2019 International Report on Snow & Mountain Tourism, drawn up by internationally renowned consultant Laurent Vanat.

Grandvalira continues to grow in brand awareness through its digital platforms. The grandvalira.com website has exceeded 3 million sessions this winter, with more than 1.5 million users and almost 13 million webcam views.

During this winter season, the number of registered customers on the web has increased by 45% to reach the limit of half a million. In addition, sales through digital channels have grown by about 15%.

The Grandvalira App , top20 of the Spanish ranking in the sports range, has become an official channel of consultation indispensable for users. This winter 46,067 downloads and 796,312 sessions have been registered.

In social networks, the Andorran resort remains an international benchmark. It occupies the ninth position in the world ranking of ski resorts in terms of number of users and interaction, with a growth of 10% that has allowed it to overcome the barrier of 300,000 followers between Instagram, Facebook and Twitter.

To face the future with maximum guarantees, Grandvalira is already working on an extensive plan of preventive measures that will allow it to continue offering the best experience to its customers next season, guaranteeing skiing in a safe and healthy environment for all. 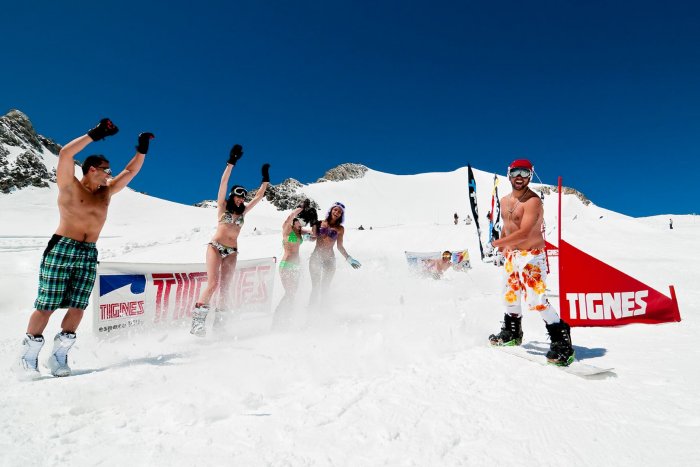