A total of 6 Michelin stars will leave the gastronomic temples of their award-winning restaurants to land in the kitchen stoves of the Soldeu El Tarter sectors of Grandvalira in the 4th edition of the Gourmet Snow Club . The proposal includes 6 days of the highest culinary level with famous chefs from houses such as Enjoy Barcelona, ​​Les Cols (Olot), Miramar (Llançà), Nairod (Barcelona), Nado (A Coruña) and Teòric (Barcelona).

The sessions will take place throughout the snow season and are open to the 150 members of the gourmet club and the general public. Six dates have been marked in the gastronomic calendar that will be held, both during the day and at night, in the most emblematic restaurants of the resort located above 2,000 meters of altitude.

Grandvalira ENSISA increases its commitment to haute cuisine and is positioned as a gastronomic ski resort surrounded by restaurateurs and premium signatures of the moment that have been incorporated into the project in the last four years and have allowed to start a notorious path as soon as the restoration on the ski slopes and in the country of the Pyrenees. 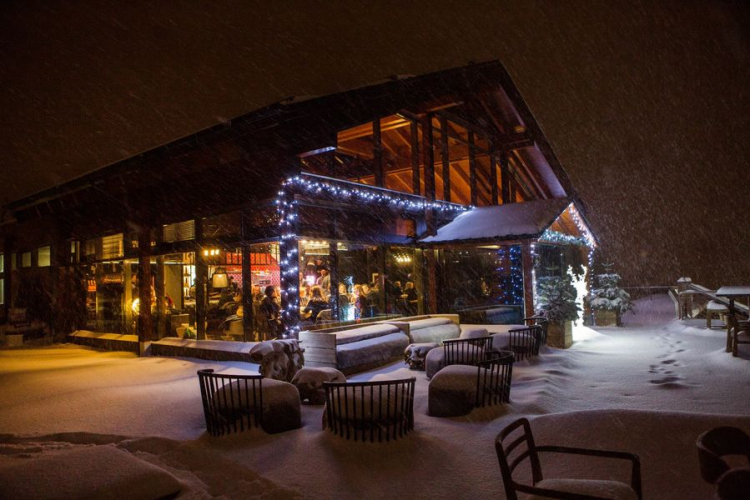 The project brings skiers and non-skiers with a gourmet spirit to live an experience that, both can fuse the cuisine of the great chefs of reference, and introduce promise figures of gastronomy that begin to emerge in the capitals. However, both proposals always coincide based on the product as the maximum expression.

'Rusti' del Nairod, essential in Barcelona, at the heart of the Wine & Meat Bar by Jean Leon

The first appointment of the Gourmet Snow Club calendar has been held this weekend in the Soldeu de Grandvalira sector with the assistance of 50 people and with chef David Rustarazo 'Rusti' , who has shared cuisine with the team led by the director of Restoration operations of the resort, Xavi Solé and have enjoyed a selection of ingredients from Colmado Singular by Francisco Collell in the newly opened Wine & Meat Bar by Jean Leon , at an altitude of 2,250 meters.

'Rusti', captains the Nairod restaurant in Barcelona, ​​an establishment that opened its doors less than a year ago and is already among the essential culinary proposals of the city according to gastronomic criticism. Disciple of the renowned restaurants Copper and Gresca, Rustarazo, 37, is an example of hard-to-find elaborations with a profile that combines simplicity in technique with a traditional base. In Soldeu, he landed with a proposal that matched the philosophy of the novel Nairod with ingredients selected from Colmado Singular.

"We have prepared a fresh menu and perhaps also quite daring. We try not to invent anything. We are not to put it because yes, nor to introduce many ingredients. I am one of those who like the product to be good regardless of its origin."

Meanwhile, the owner of Colmado Singular, Francesc Collell, all globetrotters, who in his pantry of the 'grocery store' of the 21st century only has room for products that make a difference, valued the opportunity to show the importance of the product on a menu .

"The raw material is essential. You can have the best chef in the world but if part of some mediocre ingredients surely the result will be unfavorable. With a good product it is always easier to satisfy "

For the first time, the Gourmet Snow Club left the surroundings of the Grandvalira ski resort and moved to Piedmont, Italy. About twenty members of the club moved last November to the town of Alba , the truffle capital of the world, to visit this particular food of the Tartuflanghe house.

Paolo Montanaro, owner of this Italian firm, which collects, markets and has specialized in the production and derivatives of truffles, served as ambassador of this special edition of the gourmet club, which aimed to make known first hand the origin of the Product and its surroundings. In fact, as qualified by the director of restoration of Grandvalira ENSISA, Àlex Orue :

"The will of the organization is to continue to bring customers closer to the starting point of brands, producers and the entire authentic process of creating the products that are part of the Snow Club Gourmet."

Next days of the Gourmet Snow Club

- February 1 . The best egg in the world (Celtic Gaul). First snow and breakfast on the slopes and dinner with Galician airs with Ivan Domínguez from the restaurant Nado, A Coruña.

- March 7 . Enjoy Barcelona (2 * Michelin) with Caviaroli. Presence of one of the 10 best restaurants in the world according to World's 50 Best Restaurants. Creative proposal with authentic technical skill.

- March 21. Oriol Casals, chef of the Theoretical restaurant of Barcelona with a proposal from Cal Tomàs, an experience of family roots and respect for nature with healthy and tasty foods.

- April 4 . Miramar rice. The Miramar de Llançà restaurant (2 * Michelin) travels from the sea to the mountains with a sophisticated and avant-garde coastal tasting and with Acquerello rice.