Published: 07-01-2014
Share :
The head of the International Snowboard Ski Federation (FIS) has been one of the protagonists, this afternoon, the press conference of presentation of the two tests SBX World Cup to be held from 10 to 12 January in Vallnord Arcalís.

"First impressions are very good, not only for the amount of snow and the layout of the circuit but also the commitment and teamwork of all staff as part of the organization," explains the head of the FIS, Uwe Beier, it also ensures that the intent of the FIS is to "keep Arcalís Vallnord in the calendar of the coming years, not only in but also in team SBX event (relay events) or in ski cross."

For the circuit until today have required 280 hours of machine and according to the technical director, Santi Lopez, Wednesday at noon is scheduled the first test, in which "we will see if we have to any changes to training on Thursday. " Moreover, in the coming days installing TV platforms for retransmissions of the final on Saturday and Sunday will also end.

"This whole organization gives us a unique opportunity to show the world and we have to take advantage," says Tourism Minister Francesc Camp, which takes a positive media coverage of the event, as Eurospost 2 Esport3 and Television issued Andorra live testing.

For his part, President of the FAE, Albert Coma, referred in his statement to the local broker Lluís Marín: "It's a test with a lot of pressure but it is an opportunity and a preparation for the Olympic Games in Sochi. We show you what can be done and we will keep the mouth open. " For its part, Uwe Beier also referred to Marin and has said he has many options but in snowboard "luck factor" must be taken into account, "one touch can leave you out," he explains.

In order to facilitate public access to the evidence, during the final days of the band will pass holders at a special price, that is 27,50 € for adults and may be used throughout the day to except that last final time, about an hour and a half. "The idea is that skiers give us their support," explains Jean Claude Montane, director of Arcalís.

And in any event embergadura should miss this party, so the square of Ordino will host on Saturday from 19.00, the SBX World Cup Party. Awards from the first World Cup and then the singer Patxi Leiva will offer a live concert entragaran.

In the same square, also will be screened live final on Saturday and Sunday due to the screen that was installed for the event and scheduling Andorra retrasmitirá Television.
Select your destination
Select the country
Ski Holidays
All Ski Resorts

Summer in Les 2 Alpes
Where are you going? 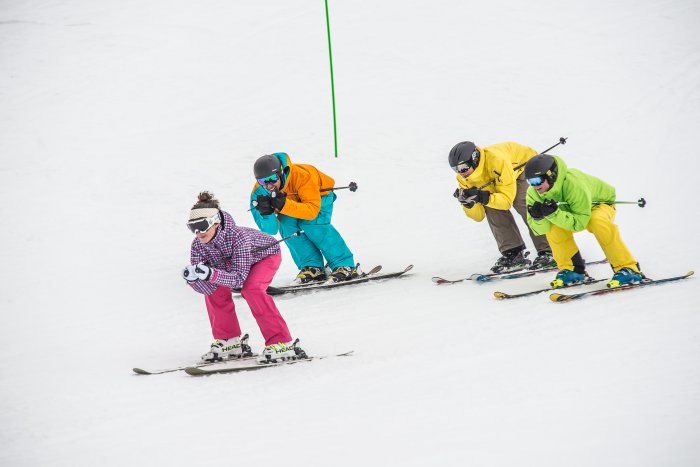 The 7 most incredible ski records