The Andorran ski resorts are also going to request compensation for the losses caused by the limitation of movement due to COVID. At the beginning of this month it was announced that the company that manages the Envalira Tunnel had its request approved to extend the concession for another eight years and now the different companies that manage Grandvalira could want a similar formula.

Ski Andorra ( the association of ski lift companies in the country) is in charge of studying this request and is evaluating whether it is feasible to request an extension of the concessions of the public lands they occupy to compensate for the losses accumulated during the pandemic.

One of the main objectives sought with this extension is to be able to ensure the investments that are planned. Saetde has been looking for a new agreement for a long time, since the investments he has planned could not be amortized in the 17 years remaining on his contract to continue exploiting the mountains where his slopes and lifts are located, which are publicly owned.

According to their calculations, it is precisely another 17 years that they will need to compensate for the losses caused by the COVID pandemic. And so he intends to expose it to the political leaders of the Encamp parish.

According to an additional provision that was added to the Andorran Government budget for 2022 a few weeks ago, companies can request an extension of their concessions, as long as they do not exceed 20% of the total agreed upon at the time. In the case of Saetde, it has a signed lease for 70 years, so 20% are those 14 that they are asking for.

For now, only Saetde has requested an extension of the concession as compensation for the COVID pandemic. The rest of the companies such as Ensisa (Soldeu-el Tarter), Secnoa (Ordino Arcalís) and Setap365 (Pal-Arinsal) have not yet made a statement.

If this 14-year extension is granted, SAETDE will have 28 years left to continue exploiting those mountains. But the company is trying to negotiate a new 50-year contract. Sufficient time to undertake several investments without risk of not amortizing them, as is the case of an extension of its ski slopes towards the Pic de Maià (2,615 meters).

It is a peak located on the other side of Port d'Envalira from where the Pas de la Casa and Grau Roig slopes are currently located, widely used by freeride lovers due to the smoothness of its slopes.

If this extension of the contract is granted, Saetde undertakes to cede land in Pessons so that a Natural Park can be built.

The expansion of the ski area in the Pic de Maia would be considerable, since, as reported by Encamp's major consol, Laura Mas, they are lands that have an extension of 2,632 hectares , that is, what currently occupies large ski resorts in the Pyrenees such as Baqueira Beret, Formigal or the Grandvalira ski resort itself.

Those lands have been destined for years to create a new ski resort. To do so, a proposal must be submitted to the Comu de Encamp and which two months. If the parish decided to grant the concession to another company, Saetde, which is the one who has the rights for 17 years, would have to collect a contract termination clause of 100 million euros.

So the company, which wanted to build a new ski resort in Andorra on those lands, should first pay those 100 million to compensate for the 17 years left on Saetde's contract. 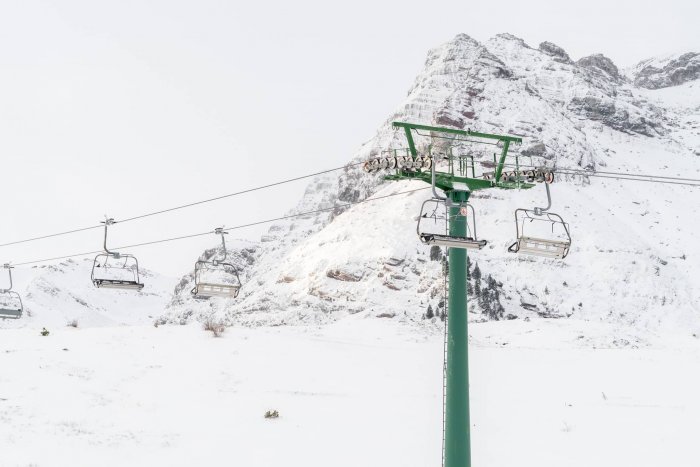