The Chamber of Commerce, Industry and Services (CCIS) has completed the technical feasibility studies for an airport in Pla d'Envalira. According to the current proposal, the airport would be located in the valley of the Valira d'Orient river and would have a 1,800 meter long, 45 meter wide runway and a safety zone replanted with vegetation, and the cost of the infrastructure would be about 345 million euros.

Andorra Airport could receive Airbus 320 or Boeing 737 aircraft with a capacity of up to 150-180 passengers and with a radius of action of 6,000 kilometers. Therefore, with options to cover routes to Dubai, Moscow or Kinshasa. The approach is that the equipment can receive up to half a million passengers per year and that already the first year of operation exceeds 300,000.

The project also includes the terminal, an infdoor car park and other services. To carry out the first two technical studies of the project, the viability of flight procedures and the infrastructure, the Chamber has counted on the advice of the companies NAVBLUE (of the AIRBUS Group) and CGX , experts in international aviation and in the construction of airports around the world. These documents will now be transferred to the Government, which will also be responsible for carrying out a series of phases to assess both the approval of the infrastructure and its environmental sustainability and economic viability. 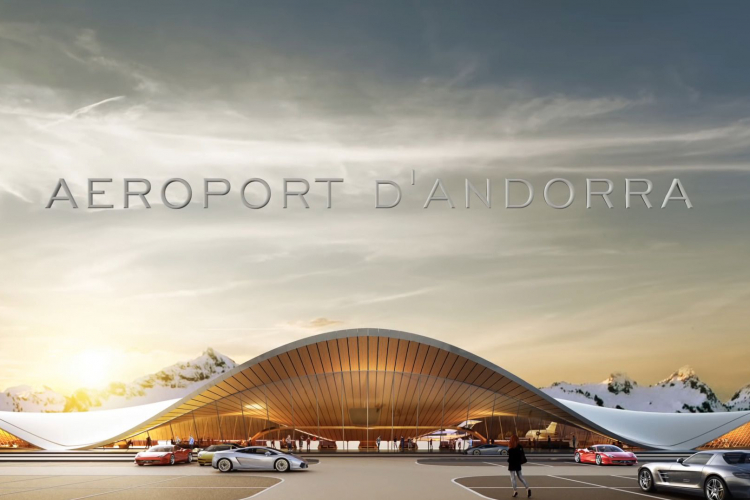 The Andorran Chamber of Commerce continues to emphasize the need for the country to have an airport as a tool for unlocking the country. This is how they defend that it will contribute,

"the maximum economic competitiveness in the country and will be a catalyst to make a change in the economic model and generate economic diversification in relation to the traditional economic pillars that support the GDP.

Moreover, they see that the positive impact of the infrastructure will be extrapolated to the entire Pyrenees region. And as for the La Seu airport, they argue that,

"It will complement this economic boost, but it is not an alternative capable of giving this scope."

Within the framework of the 'unlocking' plan, the Chamber also continues to work to promote the train project. In this sense, they highlight that they have been able to verify " the shared interest with other international chambers of commerce " and point out that they are in talks with neighboring institutions to assess the possibilities of connection with France and Spain and establish a joint work team that facilitates communications with the rest of Europe. They emphasize that the train,

"which would have a significantly higher cost than the airport and a horizon of one or two decades, would require the political commitment of France and Spain, and the granting of European subsidies, since it would be developed in national and international territory reducing the competences in administration and management. Even so, it would facilitate the access of people and goods into the country, and it would be a breakthrough in sustainable communications. "