Published: 04-06-2014
Share :
The various tests were held between the parishes of Andorra la Vella and Massana, from 27 to 29 June, and will include the participation of global exponents of extreme sports, in addition to one of the best disk joqueis the moment: Joachim Garraud, who perform live.

Sports competition in the world's most important action, the International Festival of Extreme Sports (FISE), will stop this year in France (Montpellier), Andorra, China (Chengdu) and Malaysia (Malacca). FISE Montpellier will begin on 28 May to 1 June, some 25 competitions will be played and it is expected that more than 400,000 people pass through it. As last year, Vallnord Bike La Massana will be there sponsoring the various tests and promoting mountain bike along with FISE Andorra Andorra Tourism and Common Andorra la Vella and La Massana.

The FISE World Series hit the Principality from 27 to 29 June and tests roller, BMX, mountain biking and wakeboard in the pro and amateur categories will be played. Specifically, La Massana Vallnord Bike Park will host the competition bike while wakeboarding test took place in a swimming pool 50 meters long, located in the parking gondola arrival in Pal. The roller and BMX will be played in the Central Park of Andorra la Vella.

FISE Andorra World Series promises to be a memorable event for fans of extreme sports, but also for lovers of electronic music. And the program includes Music Festival, which will provide, in the afternoon, several musicals that have French DJ Joachim Garraud main portagonista. The offer Garraud Invasion Show 3D, the closing show FISE World Series on Saturday, June 28, at the Central Park of Andorra la Vella.

Great reference of electro house and dance music, also a composer, mixer and music producer, Joachim Garraud has worked with artists such as David Bowie, David Guetta, Kylie Minogue and Beyoncé. Throughout his career, French musician has received several awards for best DJ and producer, and has participated in festivals around the world such as the Love Parade in Berlin or Paris Techno Parade, which has mobilized millions of people . 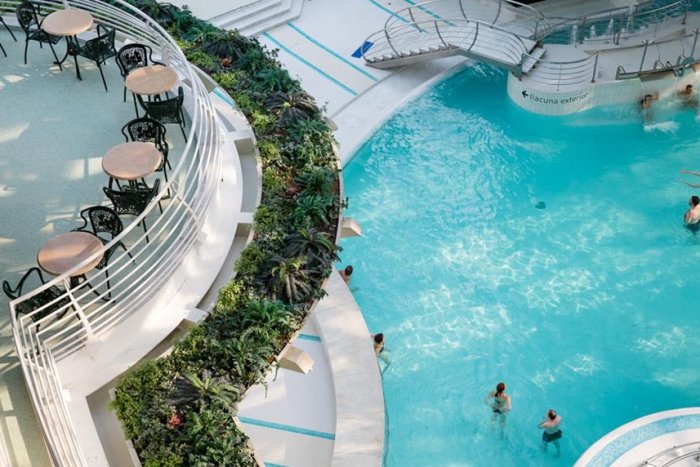 Add tickets to Caldea and relax after a day of skiing