The feeling of flying ...

The biting cold in your face and the pain in your hands when you take off your gloves.

Listen to the sound of the songs gliding (heavenly music).

These are some of the things that you start to feel when we are less than 30 days away from the new 2020/21 Season but you haven't skied for a long, long time.

And you still think about it more with the current situation. But you don't have to worry, at Esquiades.com we are sure that this year we WILL be able to ski.All the ski resorts are preparing to welcome you back with all the COVID ski protocols!

So while you're still waiting to arrive your favorite days of the year, we have prepared a very entertaining post And curious!

We bring you 7 gadgets or inventions with which to enjoy the tracks in a different way. There are groundbreaking, curious and even geeks, always in a good sense of the word. And the future of skiing and snowboarding has not yet been written.

Have you ever skied at night? It is a magical experience. We were lucky enough to do a torch descent at the Port Ainé resort. Currently, there are very few ski slopes that offer night services to be able to descend on them.

And if they do, it's rarely (like ours). But what if you had backlit ski poles? Would there be more resorts that would let us do night skiing?

We leave you a video where this invention is shown:

Of course: in the peninsula we have a reference resort in terms of night skiing, Masella . Its network of lights illuminates up to 13 main slopes of the low and medium levels of the ski area. Would you dare to ski at night? It is quite an experience!

On the other hand, if you are more romantic and prefer the ski goggles of a lifetime, from Esquiades.com we offer you a couple of tips so that you take into account some aspects when choosing them.

There are also mobile applications that allow you to save and analyze all the data after a day of skiing, including the tracking of the routes, personal statistics and the photos taken.

You have to see how things change. Although some ski resorts have been lighting up their slopes for a long time, it is quite another thing to do night freeride : either you wait for a clear full moon night, or you get hold of the traditional torches and go down.

However, the human being is always looking for the no more. Already in 2015, the well-known producer Sweetgrass twisted the curl with films that have traveled the world of snow, and that show the skiers of the future plying the slopes of Alyeska, in Alaska, in a way so colorful that it impresses.

In recent years, these led suits have become very fashionable in nightclubs, festivals and large events. Perhaps for the world of snow they do not quite come together, but we would love to see them at snow festivals such as Snowfest

The world of led lights does not stop there. Do you know the Speedride? It is little known in Spain; this sport is spectacular to watch. It is a combination of skiing and paragliding. The adrenaline dose is multiplied x 100.

Dye the snow with color

In 2015, the alpine skiing World Cup champion, Marcel Hirscher, starred in a spectacular slalom descent. The Austrian, specialist in this modality and four times Great Globe of the world skiing, made a descent through the poles filled with powder paint.

In skiing and snowboarding , much to our regret, there are also falls. That is why solutions have been sought for a long time to improve the safety of skiers, and one of them is the application of airbag technology. The In & Motion brand has created a vest with a system for recognizing the position and movement of the person who is wearing it. It performs 1,000 scans per second and triggers when it detects a significant loss of stability.

It's a great way to protect yourself from snow blows, don't you think?

Yes, you read it right. Motorized skiing has arrived, so you can ski on terrain that no one has ever considered.

Thanks to inventor Jim Maidment, skiing flat or uphill is no longer a problem. This new invention is very easy to carry and the height is adjustable for any adult.

The truth is that the Skizee is great; As long as you don't mind the noise, or the smell of gasoline… You can reach 40 km / h on the plane! Or even climb up the mountain with minimal effort.

The key invention to ski without stopping (and without pain)

How many times have you had to stop to rest because your body told you enough? Instead, you win they followed 100%

Aiiiii toothpick, you are not the only one

It is a dream that technology can perfectly adapt to the human body. The American company Roam Robotics has designed a robotic exoskeleton for the lower body, specifically aimed at skiers and snowboarders .

In 2019, the Basque company Levier Exo presented the first exoskeleton, called Xnowers, to the market. Attaches to any boot!

Technology in the snow: the best ally for skiing

There is no doubt that technology is increasingly present in almost every aspect of our lives. The inventions in skiing and snowboarding , as you have seen a few lines above, are no exception and improve the experience in the snow.

Also, a while ago we shared with you the latest news about snowproof technology. There are more and more studies and research looking to improve the quality of snow for practically ALL of the year!

Finally, the big question in this post : would you dare to try any of these inventions? 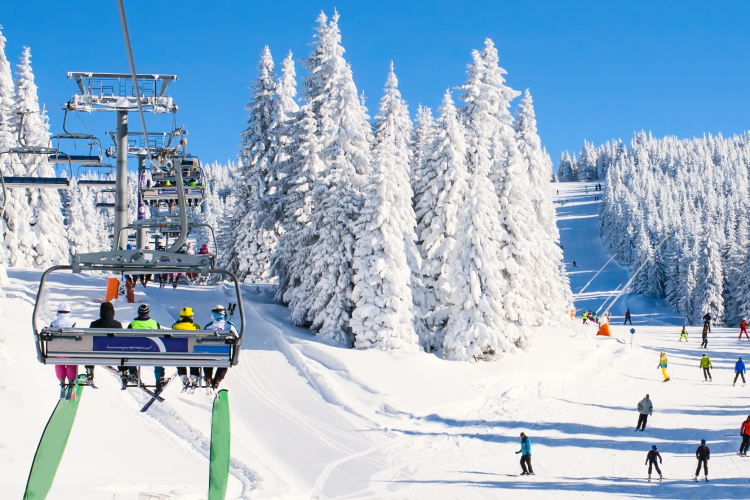