The organization of Comapedrosa Andorra 2022 has inaugurated the Mountain Ski World Cup this Monday, January 10, during the official presentation of the event where the Most Illustrious Mrs. Silvia Riva, Minister of Culture and Sports, the Honorable Mrs. Olga Molné, Major Consul of la Massana, SR. Josep Lluch, vice president of the Andorran Mountaineering Federation, SR. Josep Marticella, General Director of Vallnord - Pal Arinsal and finally Mr. Carlo Ferrari, director of the World Championships.

It has been possible to present all the details of this new edition of the World Cup that will begin with the opening ceremony on Friday, January 14, in the town of Arinsal. This is an edition in which it is expected to host about 120 runners from a dozen countries and a budget of € 120,000 will be allocated to the entire organization. As regards the meteorology, optimal conditions are foreseen for the days of the competitions, that is to say, sun and drop in temperatures, a situation that will allow working on the conditions of the slopes.

During the presentation, the honorable Consul Mayor of La Massana Olga Molné highlighted that

"The positive impact of the event on our territory and above all, for the parish of La Massana and especially, for Arinsal". 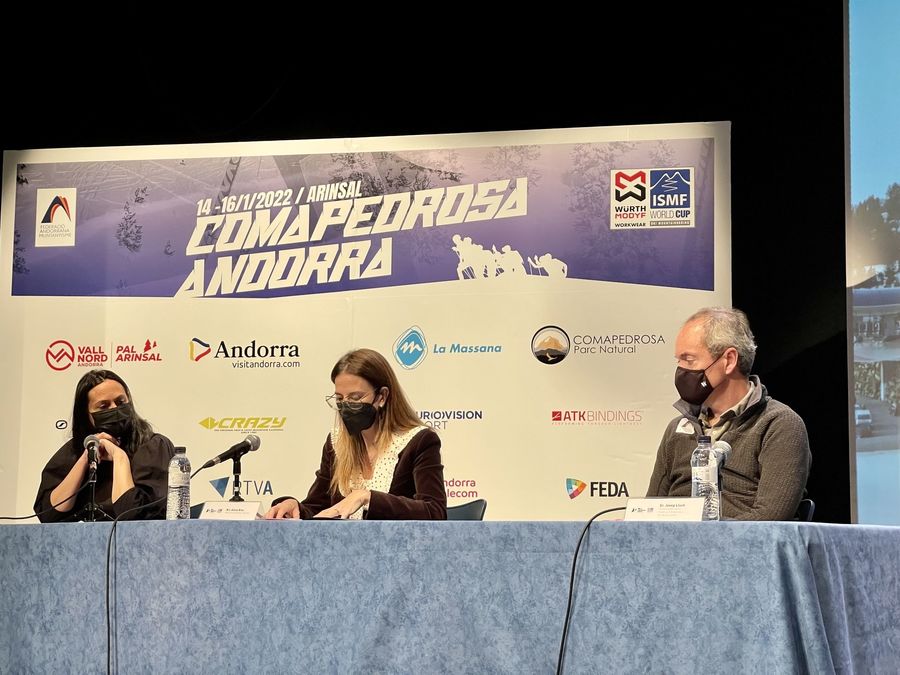 The Mayor Consul of La Massana, Olga Molné during the presentation

The Comapedrosa Andorra reaches its 3rd edition but it is already the 11th time that the Mountain Ski World Cup has taken place in the country, making it a fixed and consolidated venue. Cònsol wanted to highlight that it is the second time that the entire team has made an effort and works hard to organize such an important event with a complicated health situation.

The main objective is zero contagion with strict and well-defined protocols, especially for those involved in the race, but also for spectators, who will be allowed access this year. Both runners, workers, volunteers and other external agents, will be able to access with the COVID-19 test, which will guarantee the safety of the event, use of the FFP2 mask and helmet. However, events of this type place Andorra in a country that promotes sport, as commented by the Minister of Culture and Sports, Sílvia Riva, who has taken the opportunity to highlight that

"It is necessary to continue working to promote events of this type to continue promoting the country's tourism dynamization and to allow Andorra to be associated as a country of Health and Sports".

As usual, this event has a sustainable and supportive aspect. As the vice president of the Andorran Mountaineering Federation, Josep Lluch, has indicated, the federation has been working in the area of sustainability for many years. At least, this year, 4 important areas are being worked on. One of them is possible thanks to the collaboration with FEDA with the cession of electric cars during the event or the LOC Pla and volunteers where they commit to collect the garbage that may be left during the race. The other aspect is the CO2 offset that aims to make the footprint carbon neutral. Finally, the resort has worked on an environmental dossier in which it is evaluated on the impact that the World Cup may have within the Comapedrosa Natural Park.

The vice president took the opportunity to confirm the presence of the Andorran team to participate in this World Cup. In senior range, David Albós, Gerber Martin, Sergi Casabella, David Pérez. In the espoir range, Adrià Bartumeu, Laia Sebastià, Marcel Prat and Andrea Sinfreu. Last in range U20, Oriol Olm.

Likewise, solidarity is one of the most important aspects for Vallnord - Pal Arinsal and this has been amended by the general director of Vallnord - Pal Arinsal, Josep Marticella . This year, there will be a collaboration with Carisma, carrying out a massive collection of winter clothes . It will proceed on Friday in the La Massana gondola from 5:30 pm to 9:00 pm and finally, on Saturday and Sunday in Comallemple from 9:00 am to 4:00 pm.

Regarding access , it will extend the opening hours of the El Orriols chair lifts and cable car. The organizing team and collaborators in this way as runners will be able to access from 7:00 a.m. and customers from 8:30 a.m. , where they have created packages of Ski Passes at cheaper rates for those who wish. 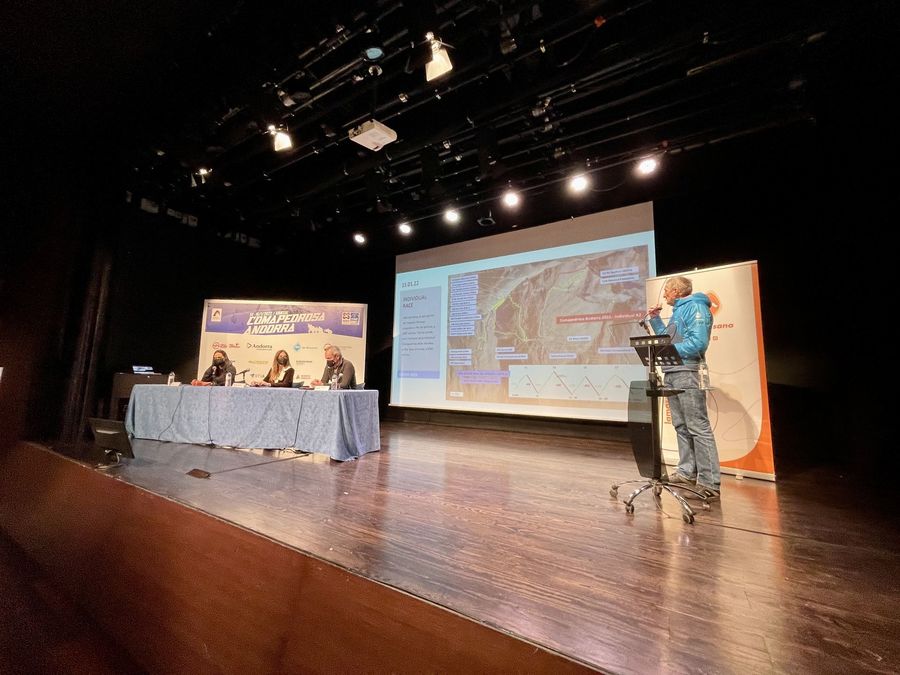 The Individual Race will depart from the Arinsal resort and will finally arrive at Pic de Sanfons , at 2887 meters. As already indicated Carlo Ferrari, technical director of the FAM, will offer an idyllic setting.

Both the start and finish of the Individual Comapedrosa are located in the Chalet Igloo de Arinsal , at 2300 meters.

The Vertical Race is carried out entirely on the Marrades ski slope , which allows athletes to give 100% without generating any interference during the progression. This makes it a unique and very attractive race for both runners. In addition, this race will be broadcast by streaming through Eurovision Sport and Radio and Televisió d'Andorra, as well as web channels and social networks. 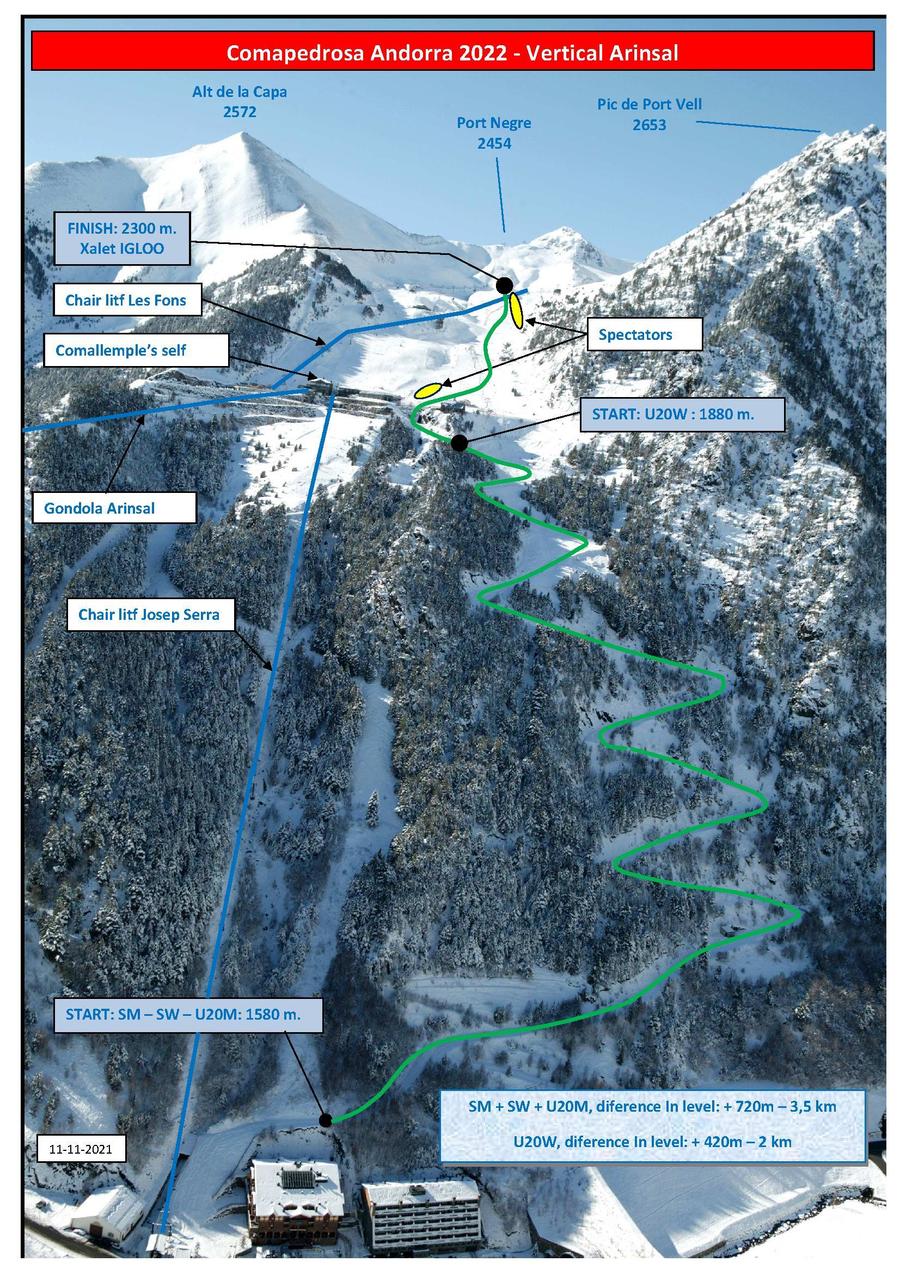