Grandvalira has received up to 70 centimeters of fresh snow , thanks to the heavy snowfall that began on Wednesday morning. In addition, according to forecasts, precipitation in the form of snow and the decrease in temperatures will remain in the coming days and the thicknesses, which now move with a maximum of about 120 centimeters , will continue to increase. Thus, the largest resort in southern Europe expects to be 100% operational next weekend and with top quality powder snow to enjoy the 210 kilometers of tracks it offers, as long as weather conditions allow.

All the services of the centers of each sector of the Ski and Snowboard School will be operational. Also activities such as Snake Gliss, Groom Ride, First Snow, Magic Gliss, zip line or mushing, options that go beyond skiing. Panoramic helicopter flights and mountain skiing, snowshoeing and freeride are also available at the Grandvalira Adventure Center.

Looking forward to Saturday, January 25 , there will be a joint birthday party organized by Coliflor, which celebrates the 20th anniversary, and Slidewayz, which turns 10. At 12 noon there will be a hip session at the SnowPark El Tarter. The Sunrise Xavi by Henrik Harlaut snowparks (Grau Roig sector) and the Sunset Park Peretol by Henrik Harlaut (Grau Roig sector) will also be operational, the only one in the night Pyrenees that opens until 9pm. And in the afternoon, the birthday party of Coliflor and Slidewayz in l'Abarset will continue, with the performances of DJ Ruondo, DJ SimplyJ, Bambax and Tomipicasso VJ. L'Après Amélie will complement the après-ski parties of the weekend in Grandvalira on Friday with El Tonteo and the performance of Mario J and on Sunday 26 in El tardo, it will be the turn of DJ Albors and Alcaraz. 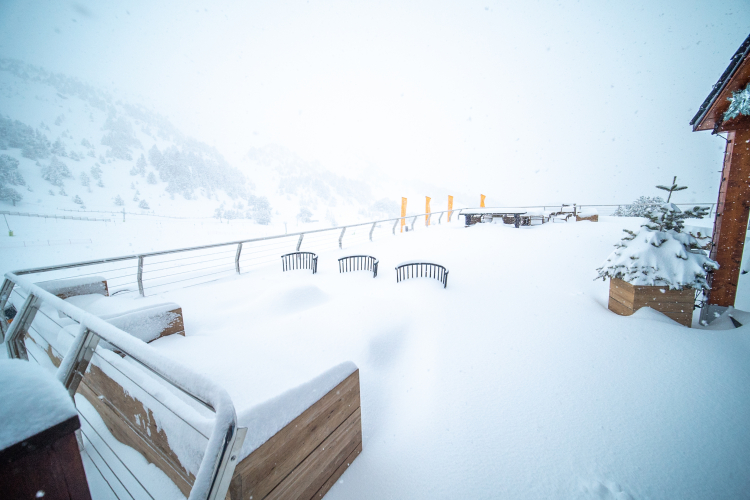 At the gastronomic level, Grandvalira keeps 100% of the establishments open . Thus, customers have a wide offer distributed across the seven sectors of the domain and for all types of palates. Also during the night, with nocturnal experiences that will have one more point of magic thanks to the snowfall of these days in the Refugio del Llac de Pessons, the Vodka Bar, the 3 Estanys restaurant, the Arrossería Pi del Migdia, the brasserie Piolet, the Roc de les Bruixes restaurant and the Wine & Meat Bar by Jean Leon that can be accompanied by activities such as snowshoes, snowshoeing or snowmobiling, always on prior reservation. 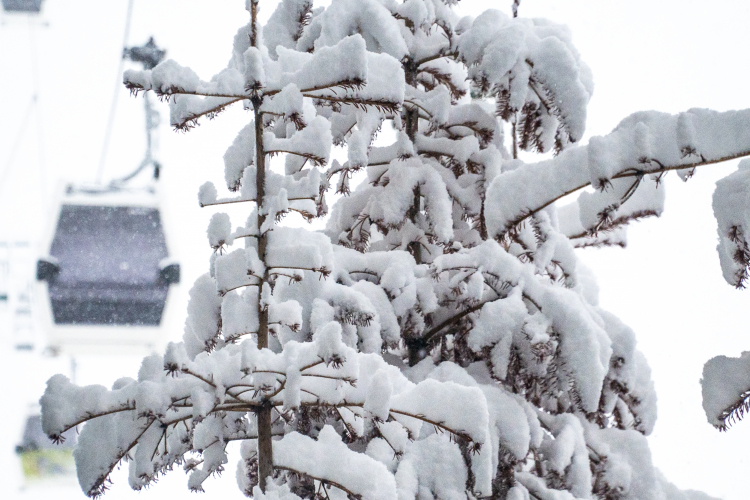 Ordino Arcalís has also benefited from the snowfall of recent days. The thicknesses range between 110 and 140 cm of powder snow , and the slopes and the off-piste have excellent conditions. The weekend is expected to be sunny, and with 100% of the slopes and the ski lifts operational, as well as the areas of restoration and activities. In addition, it will host the “Challenge on the slope” event in which skiers must register their descents with the Ordino Arcalís app, and thus qualify for prizes. From Ordino Arcalís, they are also preparing to host the Borrufa Trophy, the famous international children's / youth ski competition that will take place on the slopes of La Portella del Mig and Las Canales, between January 27 and 30, and that This year incorporates a parallel slalom, in National Team Event format.