Throughout the winter season, over 140,000 people have visited a snow destination with Esquiades.com. Our customers have spent an average of 726.49 euros as opposed to to 703.94 euros during the previous season. An unexpected end of the ski season

Unlike the previous one, this has been a ski season with plenty of snow. We have had good snow conditions since the beginning of December, which has allowed all the ski resorts to open on the scheduled dates.

What we did not see coming was COVID-19. On the evening of March 13, the ski resorts announced that in order to protect the health and welfare of customers, they had to close sooner than initially expected. Despite this situation, at Esquiades.com we can say that we have closed the season with great results as we were making good progress throughout the season. And as saying goes, "every cloud has a silver lining" and we have taken this time to focus on new projects for the next season.

Esquiades.com has its own survey system to find out the degree of satisfaction of our customers, based on parameters such as ski resorts, the slope conditions, services, catering, among others. All this makes it possible to collect the skier's habits and preferences.

The number of bookings on Esquiades.com continue to increase year after year via mobiles and tablets. This winter, 44.79% of bookings have been made through the App and mobile, which is 12.5% more than then previous season.

We speak a total of 7 languages

Our website was already available in: Spanish, Catalan, English and French, and during this last season we added 3 new languages: Portuguese, German and Italian. We are currently working to add new languages before the start of the 2020-2021 ski season. 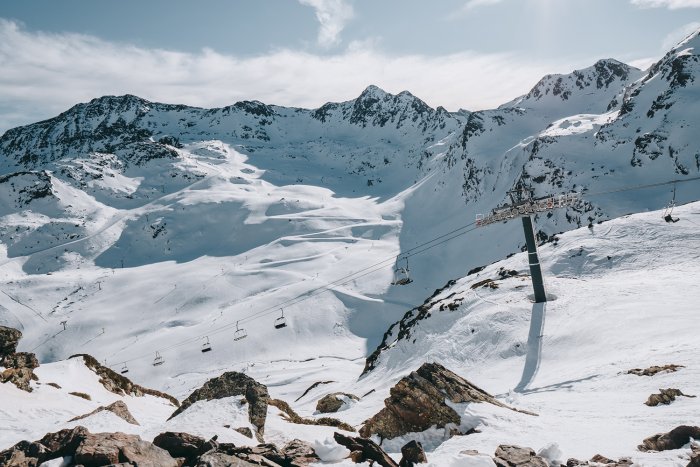 This has been the Ordino Arcalís ski season