Grandvalira has registered 105,123 skiers during the period from 24 to 30 December. During Christmas week, peak traffic day on the slopes have been on 29 to 30 users with 21,953 and 20,500, respectively. The largest station in southern Europe received 17% more visitors than last season i remained at levels similar to the 2010-2011 snow season.

Regarding skiers, most come from nearby areas, mainly in Catalonia, Madrid and Valencia, among other Spanish State, as well as international markets such as France, UK and Russia. On the last two, noting that the operation was launched on December 26 and, from the Barcelona airport as Lleida-Alguaire have set these entries public on Wednesdays and Saturdays.
The director general of Grandvalira-Nevasa, Núria Tarré has welcomed the influx of the first installment of the Christmas holidays. "We are in a privileged position because of the snow conditions and weather in Grandvalira have joined us." As far as reservations are concerned, Tarré stated that "we maintain a good level and look forward for the Epiphany days, but we must be cautious and wait for the final results."

Christmas marked by good weather
The skiers and snowboarders have been enjoying the nice weather and conditions of opening 80% of the ski area. Grandvalira has held a total of 170km with a snow level of between 20 and 60cm and 95% of the ski lifts in operation. Last night a small perturbation 5cm new snow has stopped and the weather forecasts point to further snowfall ahead of early 2013. Moreover, with the expected drop in temperatures, the team continues to produce snow cannons. Thus, the largest station in southern Europe faces week of Reyes with very good prospects that the conditions for practicing winter sports are concerned.
Select your destination
Select the country
Ski Holidays
All Ski Resorts 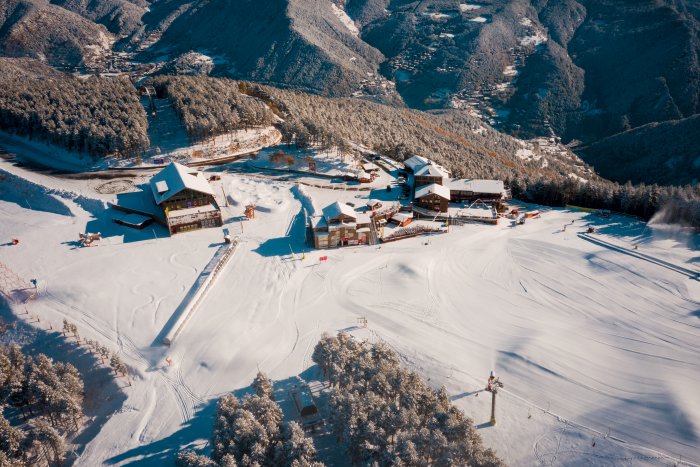