The epidemiological situation has stabilized with a modest improvement. The cumulative incidence in the last 14 days is less than 1,500 cases per 100,000 inhabitants. The reproduction rate stands at 1. The measures to contain social activity and public health adopted, still in force, are showing favorable indicators such as the decrease in the fatality rate, which in the second wave is 0, 5%, as well as pressure on the healthcare system, with the ICU occupancy rate at 24%.

Andorra continues to be one of the countries with the highest diagnostic capacity, with 8,332 tests carried out in the last week and with a very efficient traceability capacity thanks to the number of trackers, which now stands at 110.

To face the winter season with the maximum guarantees of safety and quality, both for residents and tourists, Andorra is finalizing the protocols that will be applied from next December on the occasion of the opening of the ski slopes. .

Tourists who spend 4 or more nights in the country and who are over 6 years old will be asked for a diagnostic test (CRP or TMA) , which must be done, at most, 48 hours before arrival in Andorra.

Visitors of French, Spanish and Portuguese origin are exempt from submitting a test , given the existing health agreements between Andorra and these countries. In the same way, tourists who come from countries considered as green zones or those whose ratio of tests relative to the population in their territory is higher than 5,000 tests per 100,000 inhabitants per week will also be exempt.

Regarding international connections , it should be taken into account that both France and Catalonia have imposed mobility restrictions. To circulate through both territories, the rules of neighboring government institutions must be followed.

To plan the holiday, it is also advisable to consult the requirements and recommendations of the country of origin. 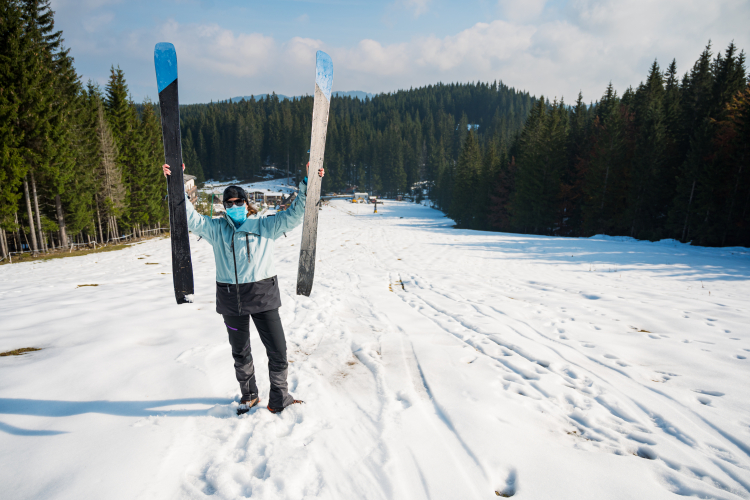 Convinced that diagnostic ability is one of the best tools to stop the spread of the pandemic , the Government is establishing a strategy based on rapid antigen tests and TMA and PCR techniques for confirmations.

This strategy must make it possible to exceed 100,000 monthly diagnostic tests , which would correspond to testing more than 1.3 times the entire population of Andorra each month, with a special emphasis on health and social health personnel, who will undergo screening. daily and weekly, in professionals facing the public and special bodies of the Administration, in the educational population (students, teachers and workers) and in the tourism and services ski area.

Do you want to be up to date with the measures and protocols that are being implemented in ski resorts in Europe? On Esquiades.com we keep you up to date so you don't miss anything! That is why in our "Ski Safe" section you can consult the protocols of all the ski resorts .