Published: 17-12-2013
Share :
As every year, can enjoy Christmas activities aimed primarily at children. Besides Santa Claus and the Three Kings visit the three sectors of Vallnord so nobody is left without his gift ;).

North Valleys Andorran resort and prepare for the arrival of thousands of visitors during the dates of Christmas. The station plans to open 90% of the slopes of the three sectors-Arcalís, Arinsal and Pal-and it seems that the weather will be favorable, at least in the short term. According to data from the central reservation Vallnord, employment in the valleys of the North during the Christmas season is between 85% and 90%, highlighting especially the first week of the year.
If the customer are the main Spanish and Portuguese families during the Christmas holidays, from 2 January arrival of different groups from the Spanish state but also international markets such as Russia or the United Kingdom are expected. The average stay is situated in three nights per customer and a large percentage of skiers and previously incorporated in their packages booking ski lessons.
In this special year, Vallnord, when besides having all the tracks and all services running, offers the opportunity to enjoy various snow activities, and a program of Christmas activities designed especially for smaller families.

We leave you a pickup of Christmas activities to be carried out, so do not miss not one!

On December 24, Santa Claus will visit the three sectors of Vallnord. In Arinsal and Pal will be snow in the gardens and nurseries, while in Arcalis will reach Planells from noon, with the aim of collecting the wishes of the children. As for Boxing Day, in the Pal sector will, as is customary, a cup of soup and hot chocolate to all skiers, and from 24 to 31 December, workshops face painting and origami will be organized on the square of the Caubella.

Vallnord also held on 31 December in a special way. In the Pal sector, noon, twelve strokes are advanced, to give, symbolically welcome the New Year. And to round off the celebrations, the Magi Kings also visit the three sectors on 5 January.

Parallel, and a year, Vallnord adds to the 21st edition of the campaign to collect toys that drive Andorra MoraBanc Television. Caritas will distribute the toys to thousands of children in need. Until January 3 deposit may be new or gently used toys to the customer points of the three sectors. As a prominent figure, last year over 1,400 toys were distributed among 220 children.

Are you urge to spend the Christmas holiday in Andorra?
Select your destination
Select the country
Ski Holidays
All Ski Resorts

La Pinilla
Where are you going? 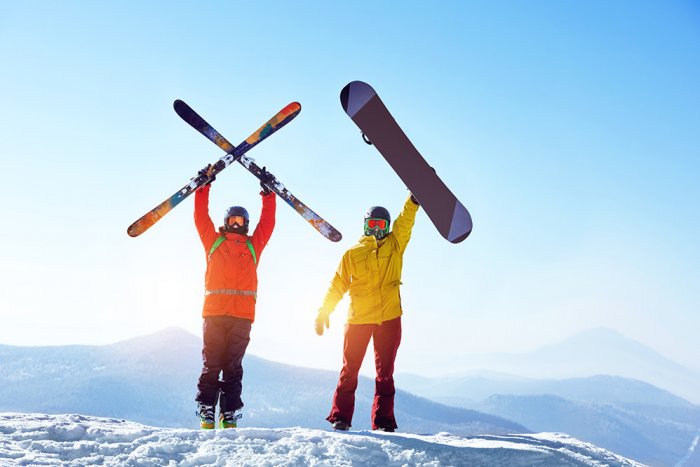