The northern slope of the Catalan Pyrenees, Aragon, France and Andorra has accumulated up to 40 centimeters , Grand Tourmalet in the High Pyrenees reaches 60 fresh snow, and can continue snowing intermittently until Saturday .

After a month of looking at the sky, a hopeful week of snowfall has started that should allow many ski resorts to face the last leg of the season with optimism for Easter Week.

Between Sunday and Monday, up to 40 centimeters of new snow have been recorded in some areas of Alto Aragón, the Catalan Pyrenees, the French and Andorra and, although less, it has also snowed in the Cantabrian Mountains and the Principality of Asturias. Thus, for example, Baqueira Beret accumulated this morning between 30 and 40 cm of fresh snow, practically the same as Ordino Arcalís , around 30. The area of the French High Pyrenees has received a remarkable snowfall and some resort like Grand Tourmalet announces until 60 cm of new snow at high levels. And the best part is that the forecast indicates that it will continue to snow - although irregularly depending on each zone and depending on the elevation - at least until next Saturday.

For now, the front that has brought precipitation with snow has come accompanied by strong winds, which forced Monday to close many tracks. 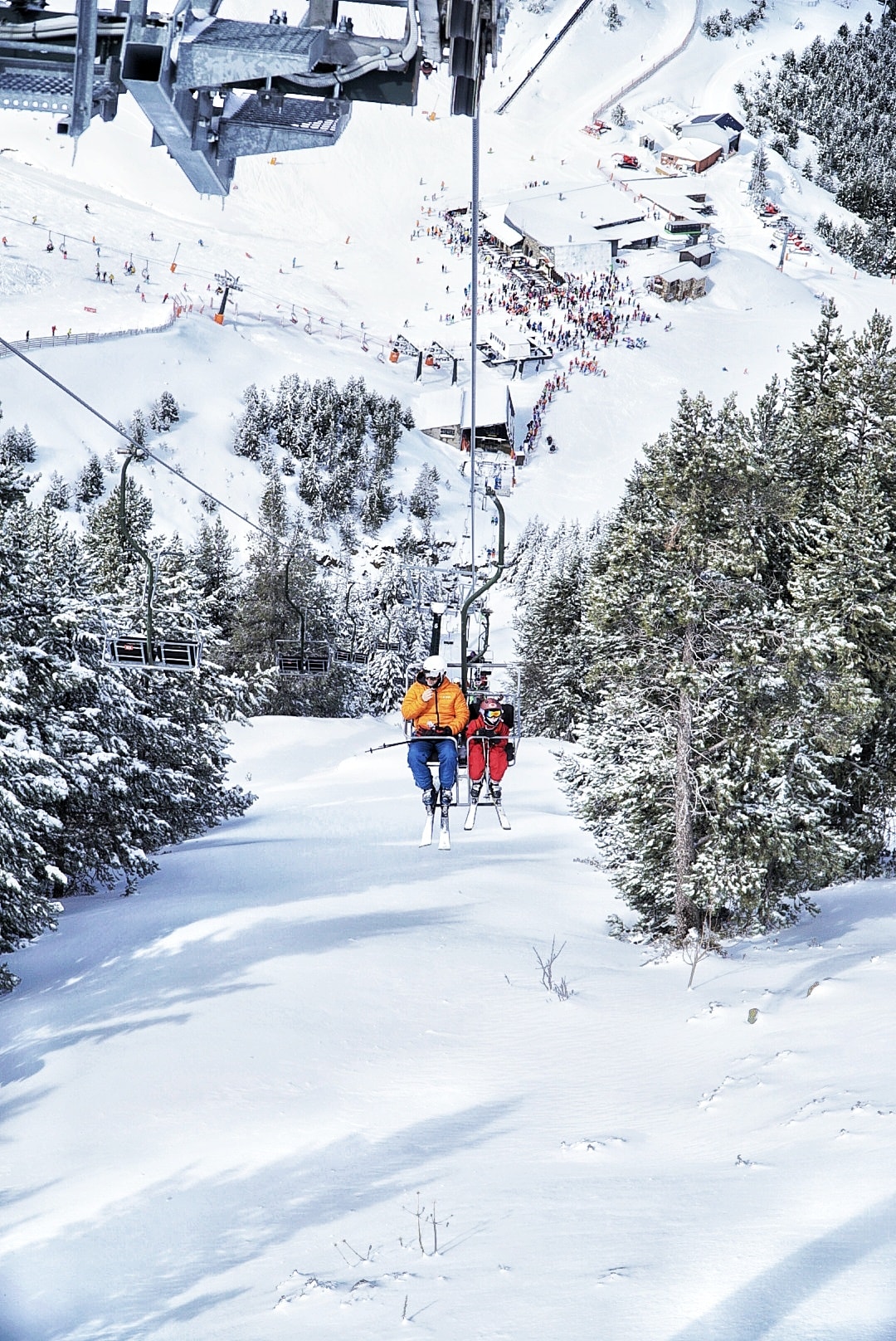 (Photo by Aramón Cerler of the social networks of Cerler)

In the Alto Gállego region, the snowfall of these days has left up to 20 centimeters of fresh snow at the Aramón Formigal-Panticosa resort, the wind has forced the closure of the Panticosa resort , while that of Formigal has opened with 58 ski kilometers. 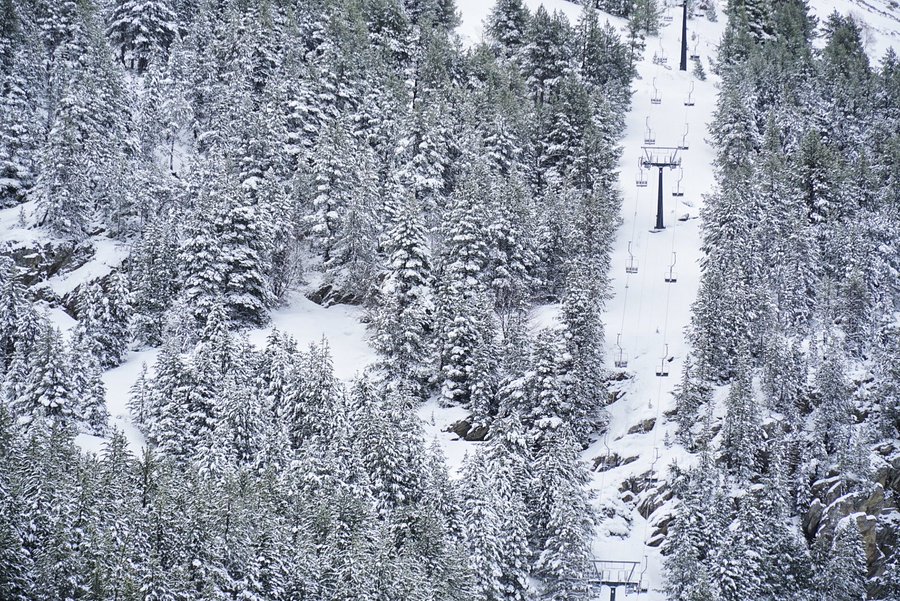 (Photo by Aramón Cerler of the social networks of Cerler)

In the ribagorzanas resorts a day has been lived with snow in the morning and with enough wind. In the late afternoon the sky closed again and began to snow again at the bottom of the Benasque Valley. This, added to the instability of the last few days, has left an average of 20 centimeters thick of snow at the Aramón Cerler resort.

The snow has also reached the ski resorts of the Principality of Asturias, which were not going through their best moment. Even so, Valgrande-Pajares fans will have to wait a bit, since the winter complex will remain closed when there is not enough thickness. Of course, the resort has dawned in white after a first snowfall and abandoned the green they have had during the last days.

Different situation is the one experienced in Fuentes de Invierno. The ski resort allerana received a snowfall on the previous night that allowed it to continue with its activity. The winter resort expects to open nine of its fifteen tracks today, totaling 3.86 kilometers for skiing.

The snowfall has fallen well throughout the French Pyrenees, with more snow when further west, but they have left white images in all seasons. In the Hautes-Pyrénées resorts - the winners of the day - they have accumulated these last 24 hours from 30 to 60 cm. Grand Tourmalet, one of the winners of the day, announces in its networks 40 to 60 cm of new snow. 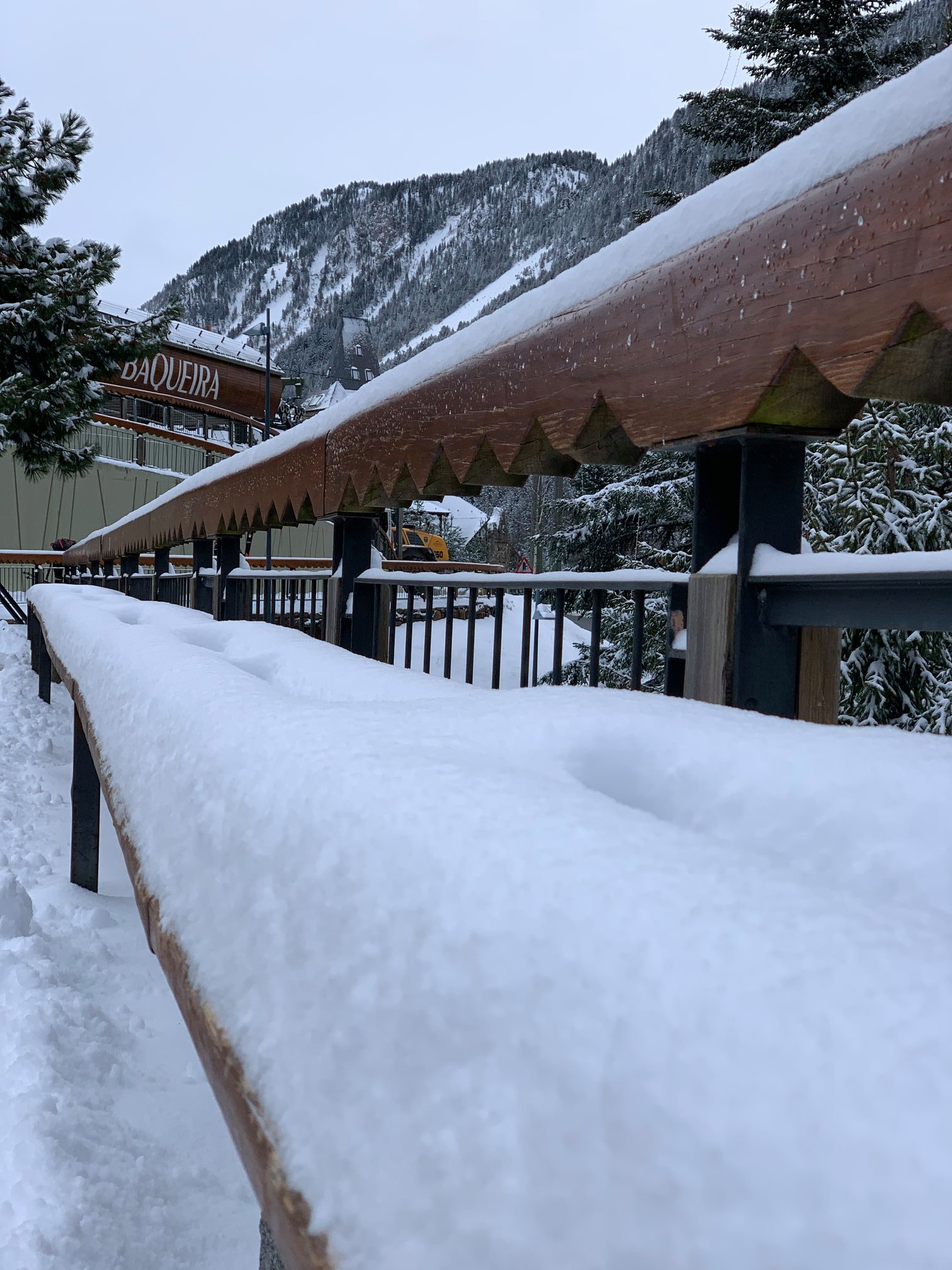 (Photo from the social networks of Baqueira Beret)

The frontal system has reactivated the snowfall in the Pyrenees until this morning, mainly in the northern slope, where it has accumulated thicknesses of between 20 and 40 centimeters in many sectors, mainly in the high levels, but also in the middle ones. 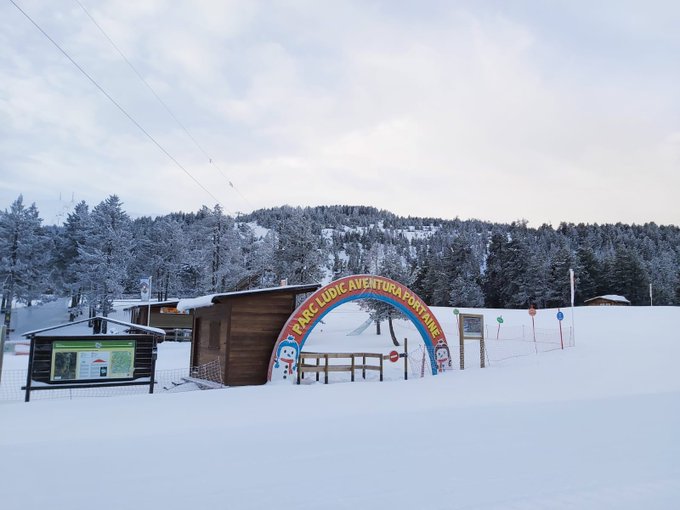 (Photo of Port Ainé on their social networks)

The Pallars with the resorts of Port Ainé and Espot have also received an average of 10 to 20 cm. 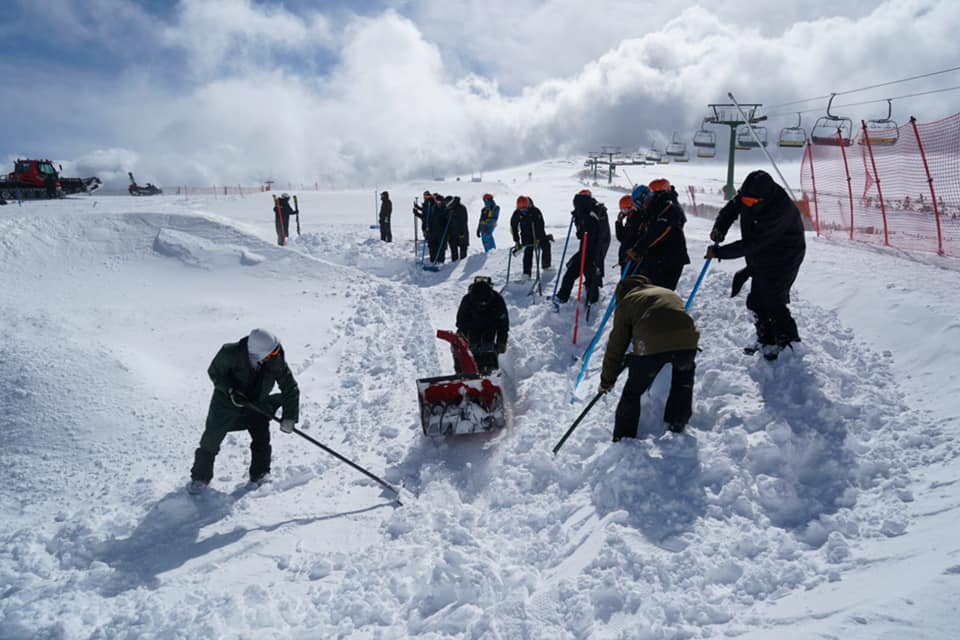 (Photo of La Molina in her social networks)

The least benefited part has been the south, in spite of which the snow has dyed white the landscape of seasons like La Molina and Masella .

The country of the Pyrenees has once again been watered by rainfall and the three seasons have an enviable appearance this Tuesday morning with up to 30 cm of fresh snow in Ordino Arcalís.

(Photo from the social networks of Ordino Arcalís)

It has also snowed in Grandvalira , between 20 and 25 cm, where all sectors of the complex are kept open, and in Vallnord Pal Arinsal .