Published: 23-02-2014
Share :
In this second edition of the World Cup Kilometer Austrian Schrottshammer has beaten the brothers Origone Speed ​​1 with a record of 185.19 km / h. In the women, Valentina Greggio has again become the fastest woman on the track Riberal.

This second round of the World Cup which was played Kilometer last Sunday, February 23 record speeds offered on the new track Riberal Grau Roig. The 180km / h were outscored by 13 skiers participated the same, although the victory took Klaus Schrottshammer on Speed ​​1.

This Austrian overtook the Italian brothers Ivan and Simone Origone in the premier class of the competition with a top speed of 185.19 km / h. Second was the winner of yesterday, Ivan, with 184,29 km / h, and Simone finished third with 182.93 km / h. The Spanish Ricardo Adarraga completed a great performance with the ninth best time of 181,57 km / h.

After their victory, praising Schrottshammer wanted proof and layout of the race: "Nine years ago I compete in World Cup and this was the best I've participated Grandvalira organize next year's World Championships. KL and I do not seem to be too much to improve.'m really surprised with the organization. " Meanwhile, Ricardo Adarraga, Spain record holder with 214,75 km / h, has also stressed the virtues of Riberal clue: "It's beautiful is very well crafted, especially in the lower've caught more than 180 km /.. h, which is more than I expected this weekend. "

In the category of Speed ​​Downhill, the British based in Madrid Jan Farrell has been faster with 166.74 km / h has been achieved. Behind him the Swedish Sebastian Lindblom finished with 166.70 km / h and the winner of the third race held yesterday, the Austrian Markus Muenzer, with 165.82 km / h. As for the Spaniards, Eduard Manrique (159.04 km / h) repeated 15th place and Paris Arroyo (157.66 km / h) finished seventeenth. 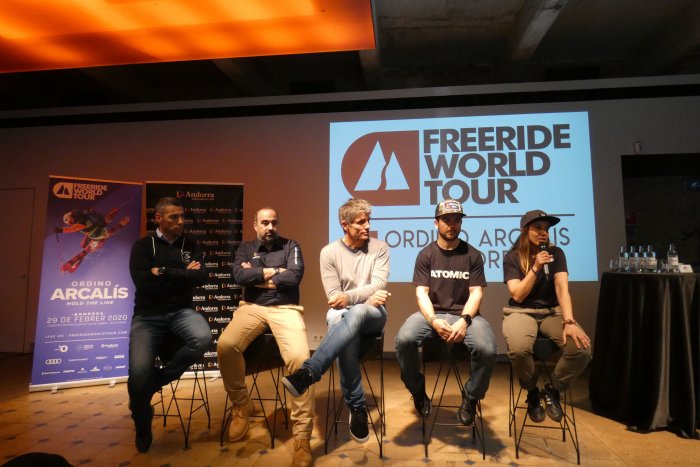